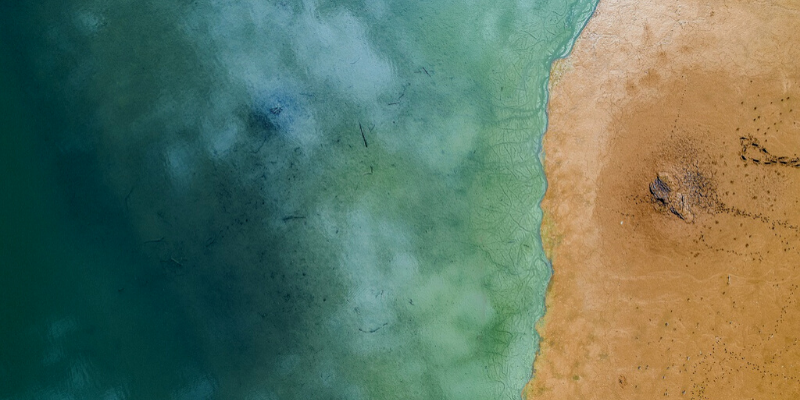 Spirulina is a microscopic spiral-shaped alga, has existed for 3.5 billion years and yet has not aged a day. It belongs to the cyanobacteria group, which turns carbon dioxide into organic matter by using photon energy. The oxygen is then released through a complex process.
Spirulina is still involved in creating organic substances boosting the evolution of beings thanks to its phycocyanin.

Exceptional virtues for Human being
Spirulina used to be consumed by the Aztecs and the Mayas. Nowadays, experts from all horizons consider Spirulina as the best friend of human health with such exceptional protein, rare lipid and specific nutrient levels.

Aside from its nutritional benefits, its therapeutic properties are real. Indeed, Health Organisation of the United Nations has recommended the use of Spirulina since 1996. It promotes its action against malnutrition and lack of micronutrients. As a matter of fact, 70 countries are currently using it to fight malnutrition. The reasons are multiple:

– It provides more than 100 nutrients, including: amino acids, minerals, rhamnose sugar (a complex sugar from plants), trace elements (calcium, phosphorus, magnesium, iron, zinc, copper, manganese, chromium, sodium, potassium and selenium), enzymes (superoxide dismutase, etc.) and vitamins A, D, E, B1, B2, B3, B6, B7, B8, B12 and K.

– It is an extraordinary source of various carotenoids (mainly beta-carotene, but also cryptoxanthin, lutein, zeaxanthin, etc.). Spirulina contains 30 times as much beta-carotene (antioxidant) as carrots do.

– 55% to 70% proteins oof the proteins it contains are excellent quality molecules, rich in essential amino acids including leucine (key amino acid in the synthesis of muscular proteins). Its proteins are also the easiest to digest, thus the most suitable for individual whose intestines have trouble absorbing nutrients.. Clinical studies have shown that Spirulina helps rebuild a healthy intestinal flora by boosting the proliferation of lactobacilli.

What is more, 40% of the fatty acids within Spirulina are gamma-linolenic acids, which is a precursor in the mediation of inflammatory and immune reactions. That makes it one of the most prized sources of scarce gamma-linolenic acids. Furthermore, its fatty acids contain high concentration of omega-3 and 6, which are known for preventing the build-up of cholesterol.
An excellent source of iron and provides fully bioavailable magnesium.

Spirulina, is rich in phycocyanin, a group of proteins and pigments involved in Spirulina photosynthesis, which results in its blue-green color. Multiple studies have shown the therapeutic value of this pigment: indeed, it enhances cell oxygenation and promotes red cells, white cells and platelets productions. A milestone experiment on its therapeutic effects undeniably was the one performed on two hundred and seventy Chernobyl children with radiation-damaged bone marrow: when given Spirulina, they became healthy within a six weeks-period. Indeed, the production of red and white blood cells re-activated despite an irremediably damaged immune system.

The phycocyanin of Spirulina is also a powerful detoxifying agent for the liver and kidneys, promotes the production of bile salts and the fecal elimination of cholesterol.

Spirulina is therefore prescribed as an agent against deficiencies and malnutrition, as well as an immunity booster. Finally, it also protects the liver, aids in weight loss and intervenes in the prevention of numerous serious illnesses, such as: cancer, fibromyalgia, hay fever, herpes infection, high cholesterol, hives and HIV infection.

Spirulina, the healthy friend of dieters!
Besides all its therapeutic applications, Spirulina is very helpful to those eager to lose weight … without losing tone and feeling down. It allows a reduced calorie intake during mealtime without hunger, irritability, drowsiness and lack of drive. In the meantime, the muscle mass remains intact.

It provides the body with all the nutrients needed to ensure its vitality and proper function (previous paragraph), and is yet very low in calories. It especially counters the shortfalls in iron and vitamin A resulting from restricted diets (refer to the ANSES’ report, the French national agency for nutritional, environmental workplace safety).

Moreover, Spirulina cellular membranes are mostly made of polysaccharides, which are highly sensitive to digestive juices. Its constituents are easily absorbed with minimal intervention from insulin, thus limiting sugar levels and sugar accumulation – ending up as fat. Meanwhile, Spirulina delivers energy almost immediately since it is rich in quick-release sugars; therefore, it neither strains the pancreas nor triggers low levels of blood sugar.

Spirulina is also source of the amino acid phenylalanine, a precursor of the hormone cholecystokinin (CCK), which is produced by the brain to signal satiety. Therefore, phenylalanine increases the concentration of CCK in the system, thus suppressing the feeling of hunger. It also favors positive mood swings as agent of the synthesis of noradrenaline and dopamine, two neurotransmitters with antidepressant effects.

Combine it with cress for a potentialized effect

Like Spirulina, cress contains very few calories (only 17 kcal per 100 grams) while remaining very rich in nutrients! These two plants combined potentialize each other’s properties, provide nourishment, and make the body burn calories in the process.

Besides, its low-calorie content like Spirulina is not its only advantage: it contains a high level of calcium (160 mg per 100 g), highly bioavailable with 67% effectively absorbed – as opposed to 5% from spinach. It is dense in iron, magnesium, zinc and iodine in greater contribution than most of fresh vegetables. Moreover, Cress is also rich in vitamins such as vitamin C (75g are equivalent to 50% recommended daily allowances!), provitamin A (antioxidant), vitamin B9, vitamin E and vitamin K.
Cress is a diuretic, a laxative, and a “detoxifying” vegetable. Its Sulphur compounds and fibers promote the elimination of toxins, and improve prevention of lung, ovary and kidney cancers. It is also recommended for diabetic individuals since its regular consumption helps reducing sugar levels. It is worth knowing that watercress is considered as an antidote to nicotine. 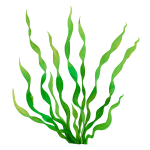 How to best eat them to ensure their efficiency?
Supplements based on Spirulina or cress separately are available in the shops, but it is much harder to find a well-designed blend of these two plants. Again, consuming complexes of plant extracts can potentially be dangerous; because of the great variation in the composition of natural products sold on the market, it is critical to check the origin, quantity and concentration of the active ingredients that they contain.

As a matter of fact, Well Being Spirulina is 100% natural, bioavailable, biocompatible, without desirable side effects. This active complex is designed as a specifically blend of Spirulina and cress dry extracts, which proportions and quality are an excellent support to weight loss and dieting.

They ensure improved compliance due to the reduced dosage, and greater comfort due to masking the taste and odour of plant extracts.